We speak to the artist about her latest series “Okhuo,” honoring powerful women which is currently showing at London’s Tyburn Gallery.

In “Okhou”, her first solo exhibition in the UK, Nigerian artist, Taiye Idahor, has introduced her signature works of historical and cultural significance to the Benin Empire and Nigerian history to London’s art world, in a confident fashion.

Her first solo exhibition “Hairvolution” (2014) was held at the Whitespace Gallery in Lagos, Nigeria where she is also based. “Okhuo” opened at London’s Tyburn Gallery where it will be on show until May 9. The collection consists of 11 new works, a set of 30 smaller works on perforated paper and 4 previously exhibited ones.

In what is now present-day Southern Nigeria, the Benin Kingdom dates back to the 11th century and reached the height of its military and cultural dominance in the 16th century during the reign of Oba Esigie whose mother, Queen Idia, is said to have ensured her son’s rule with a combination of political clout and sorcery. Queen Idia was herself a renowned warrior whose new role as Queen Mother, added to her stature and myth as an exemplar of industry and ambition.

The works Ms Idahor has made for “Okhuo,” which translate to “woman” in Bini, do not feature physical representations. They, in fact, have no physical human features and are instead figurative renderings of Benin iconography, the most prominent of which are coral beads (“ivie” in Bini)—used as symbols of high office and status, a tradition that has continued into the present day.

Ms Idahor’s primary media for her new works are photo paper collages with pen drawings in coloured pencil, which depict dressed corals beads worn as worn by individuals against clear white and black paper, as though suspended in a clear cloud. The composition gives her work an ethereal beauty. To create them, she made prints on bond paper using an inkjet printer, which she then glued to soft tracing paper. In the artist’s own words, her decision to leave out life images was to “kind of speak of a presence that should exist within the beads.” In their place weaves, resembling tassels of newspapers stripped and knotted together, hang down.

We spoke with the artist briefly about her process, the inspiration behind her work and more. Read our conversation below, and see more from “Okhuo” underneath. 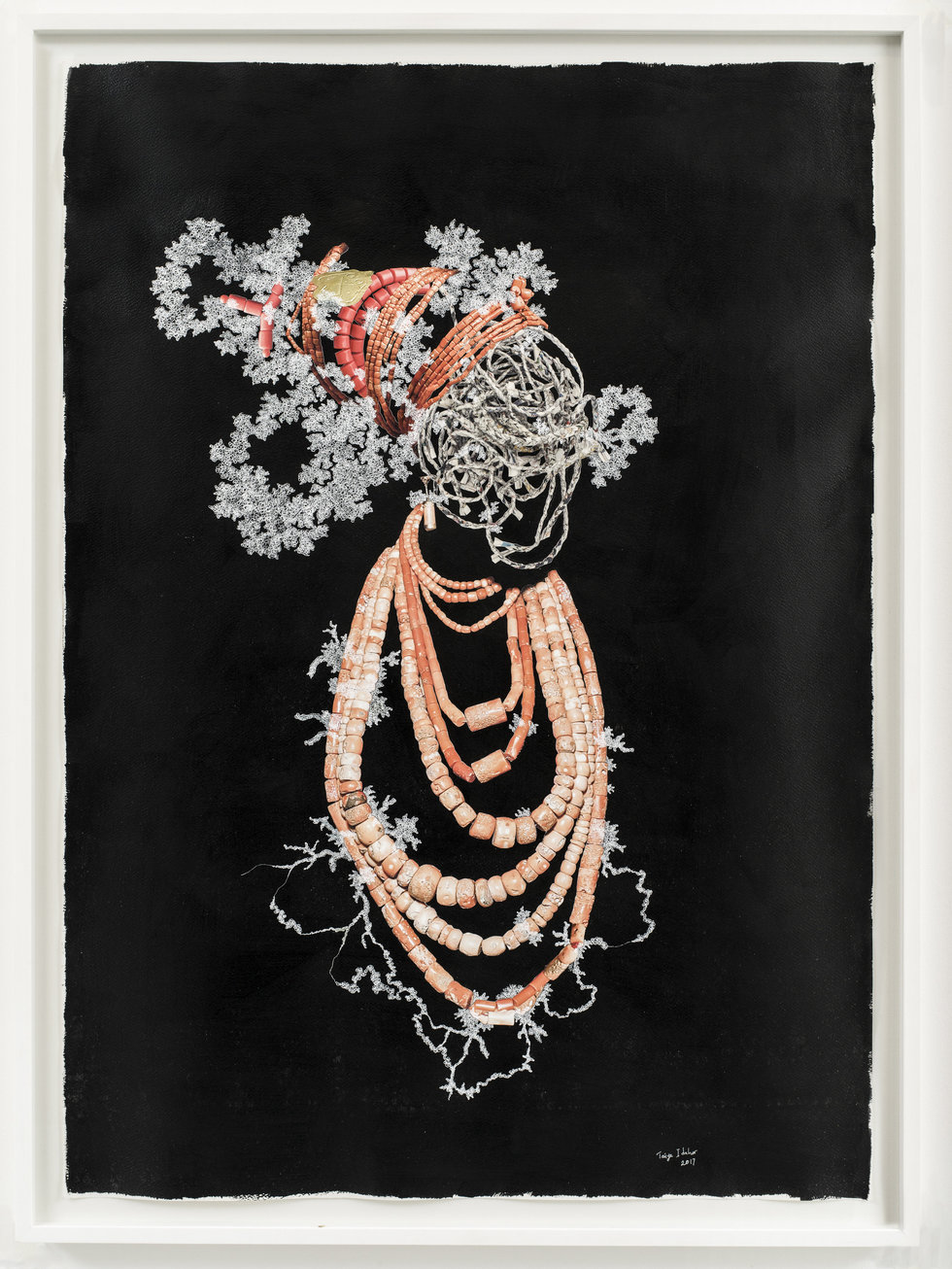 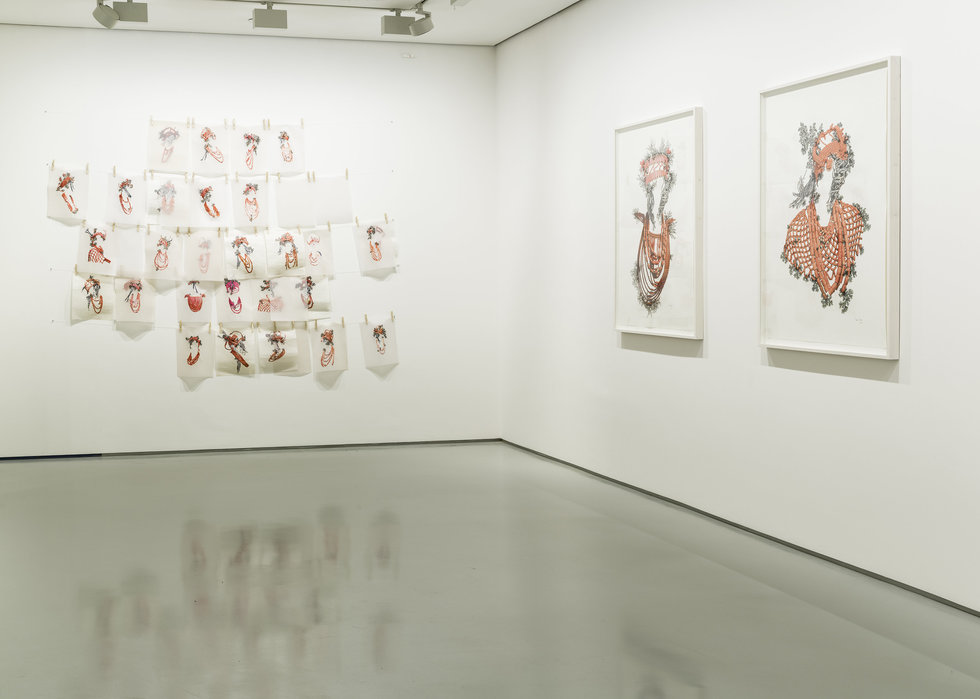 Image courtesy of the Tyburn GalleryWhy have you chosen, as your primary media, soft tracing paper and an inkjet printer given their sensitivity to water and moisture?

I started working with these delicate materials for my first solo exhibition in 2014 and I have continued with paper till now in more recent work. Paper is a fragile material compared to canvas and sculpture. And this for me expresses the same kind of sensitivity around conversations about and of women in this part of the world.

You’re understandably reverential of Queen Idia why do you think young Nigerian and African women should draw inspiration from women like her? 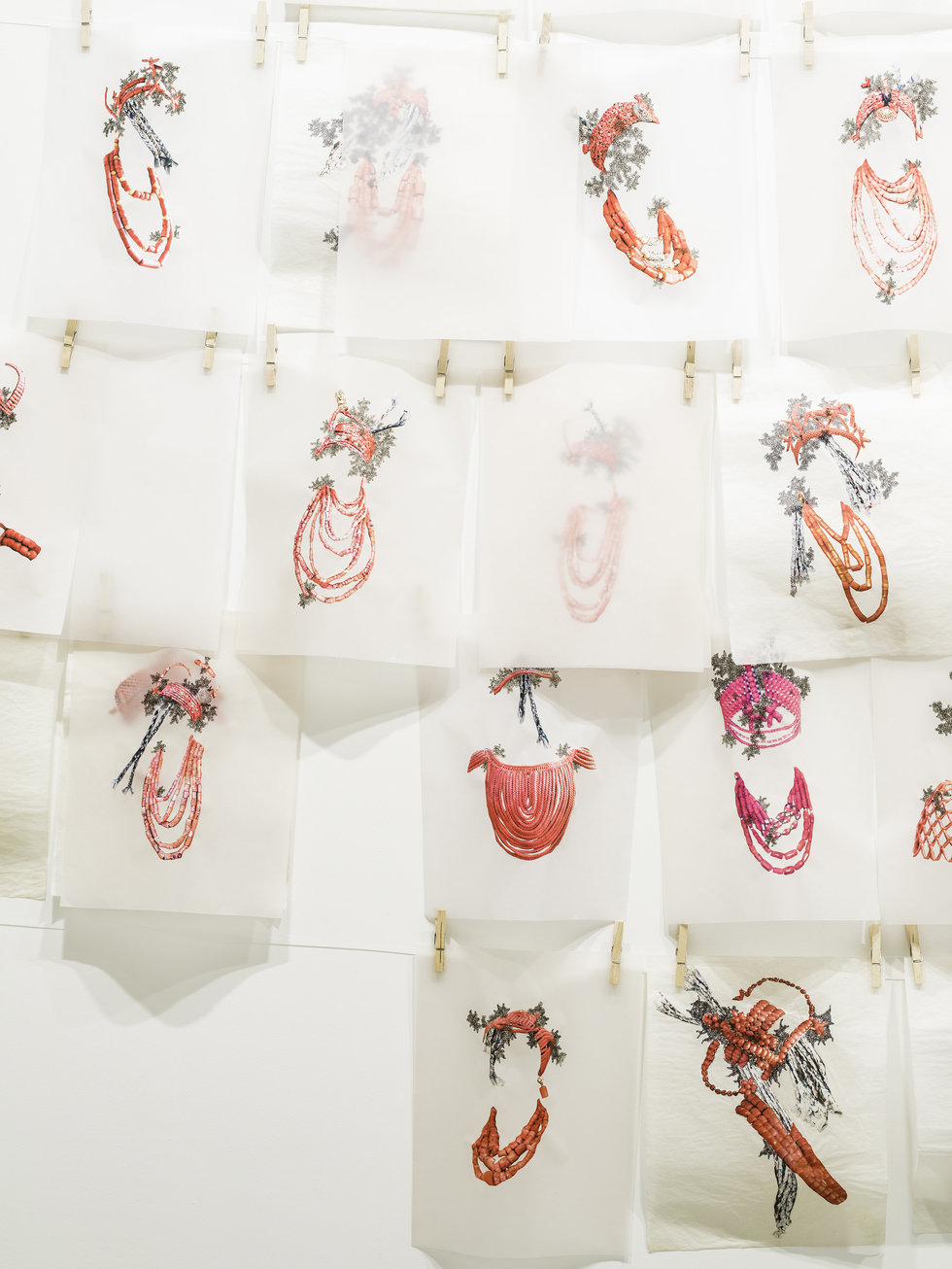 Image courtesy of the Tyburn GalleryWhat are the origins of the 4 blue works which are part of a separate set called “Embryo Series” – and are not part of the “Ivie Series”?

They started during a residency in Joburg and this was during the aftermath of the xenophobic attacks, so everyone was tense. There were curfews, shops were closing early, also it was winter. There were major power cuts during that time which meant parts of the city were literally black. In summary it was a very depressing time and so as a result I started to think about life and death. The works were a combination of sculpture (made from rusted steel wool) and collages. In contrary to the sculptures which represented death, these represented life…embryos.

Why have you chosen to make 8 of the works on white paper and the other 3 are on black paper?

There’s no symbolic meaning to that. I think I still have that freedom to choose colors, without it having any specific meaning. 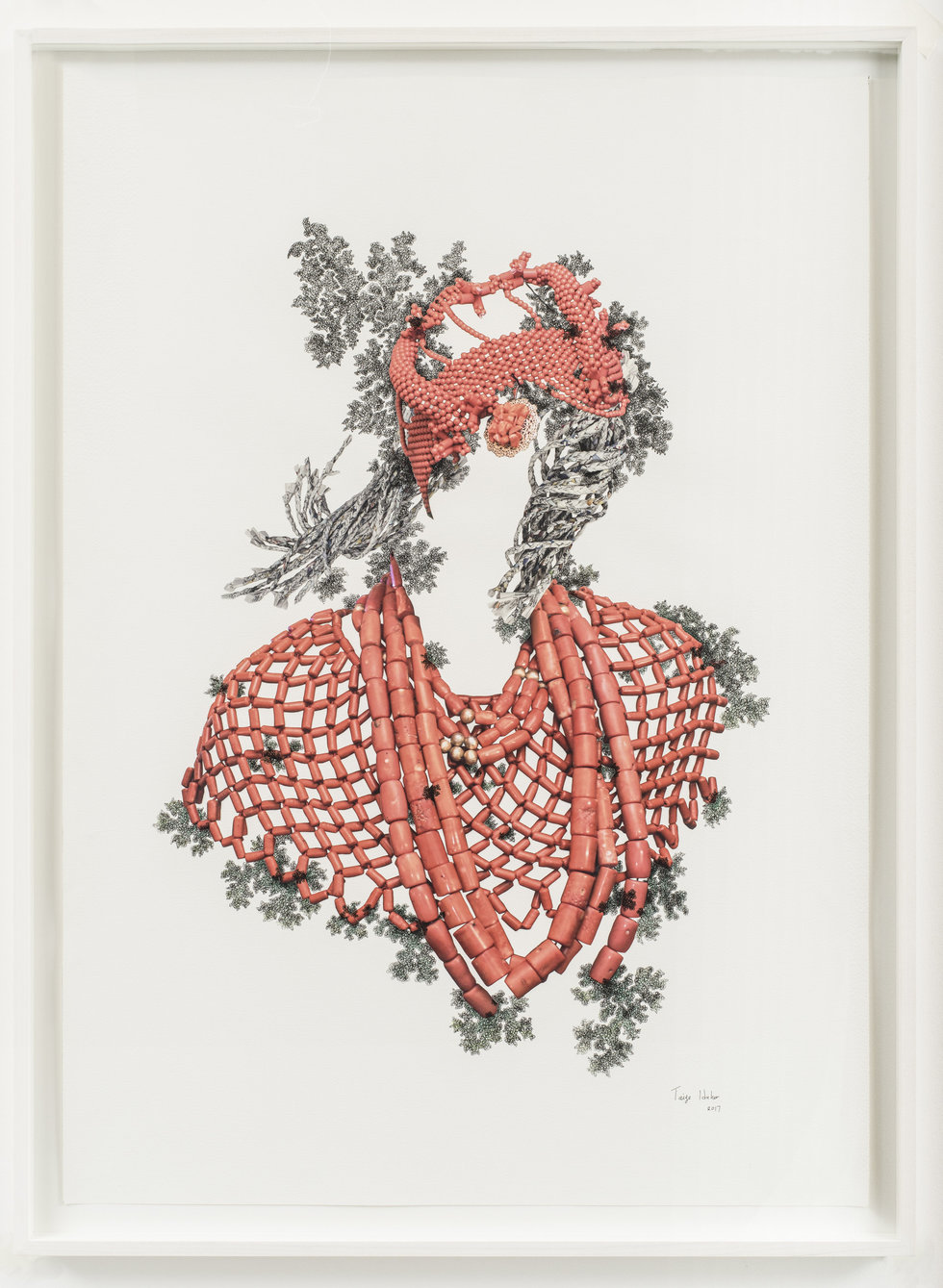 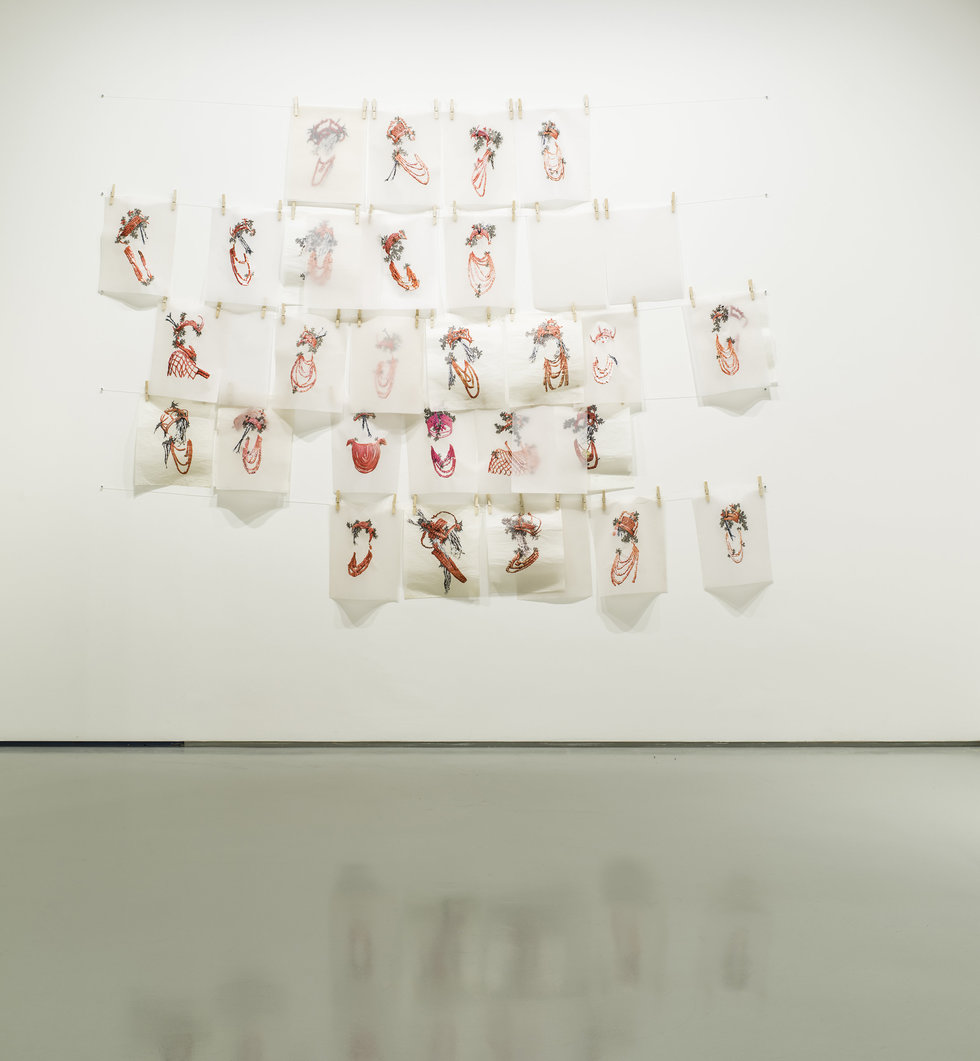 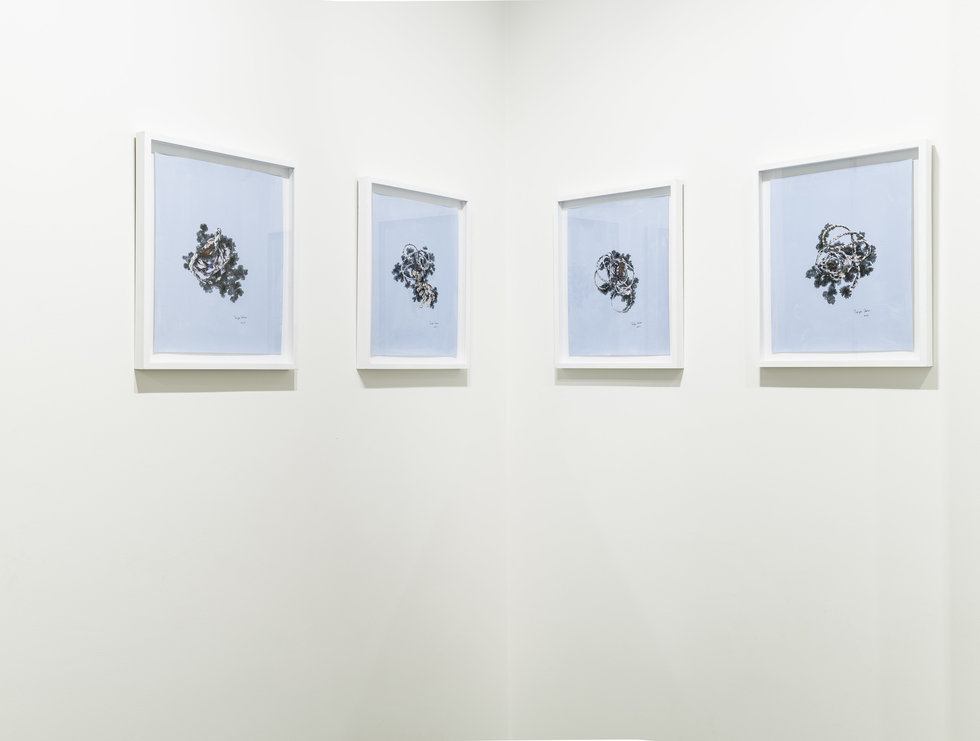 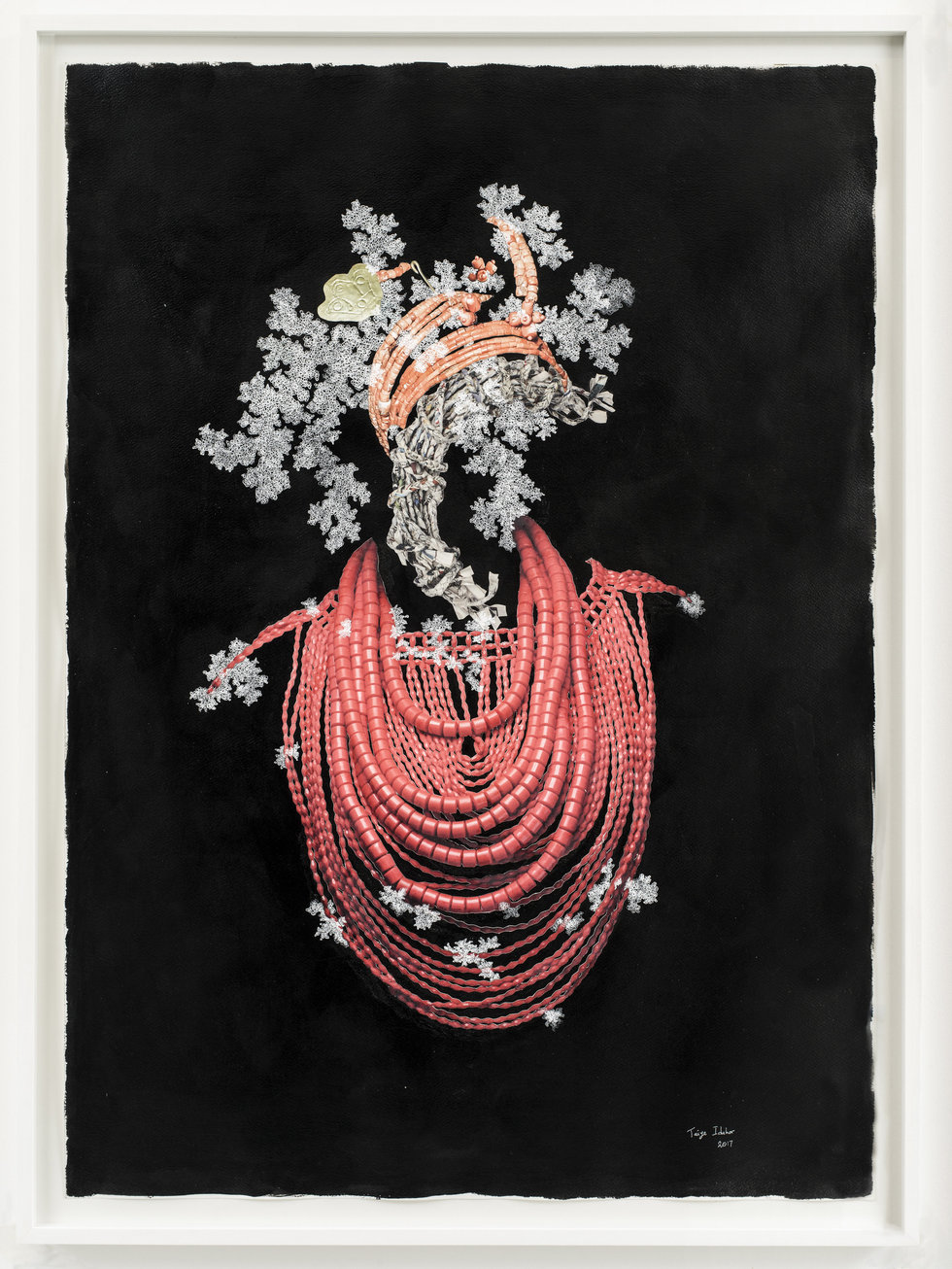 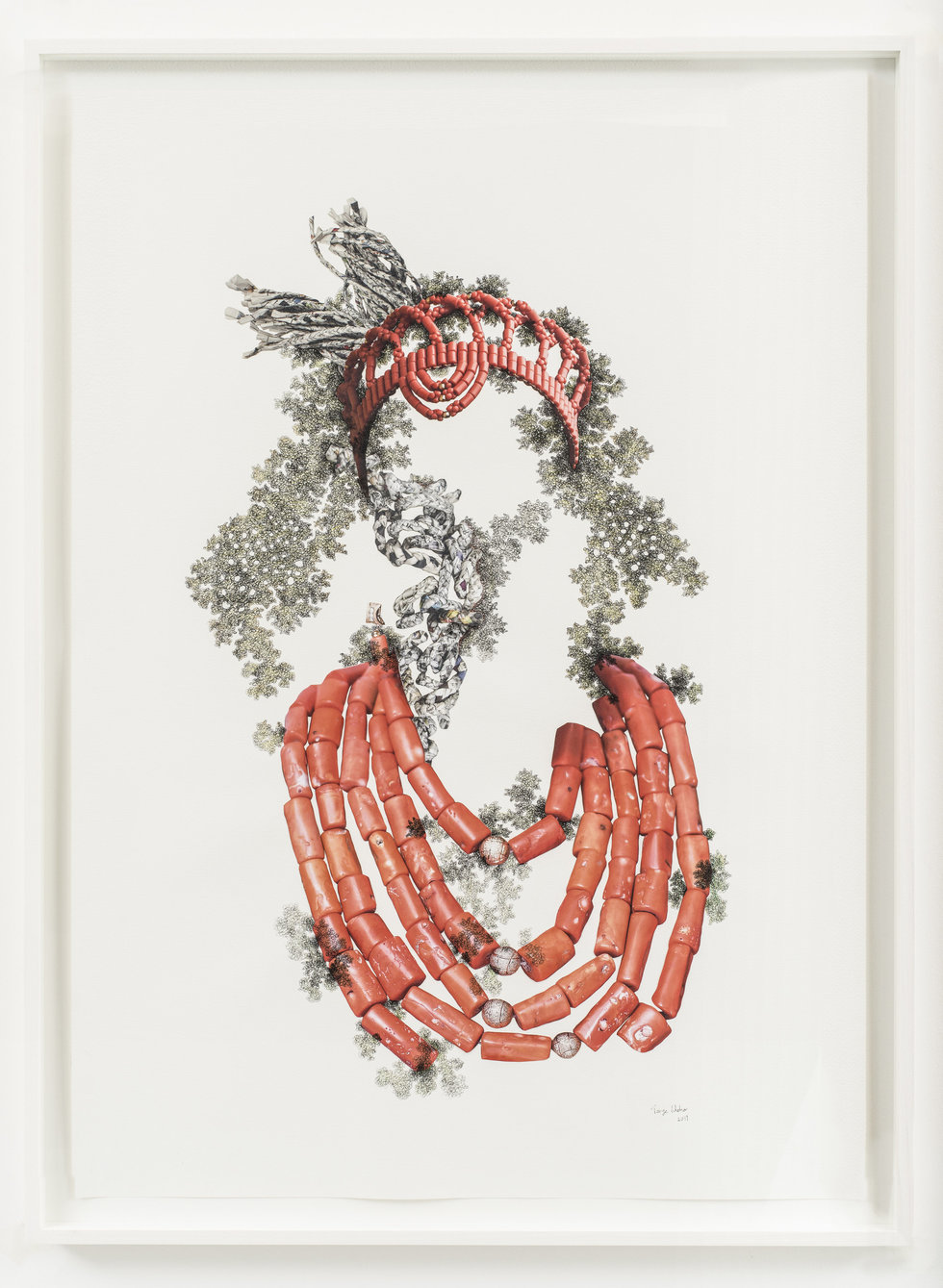 The Process Of Dating With Purpose